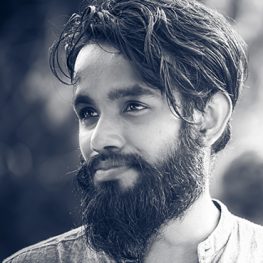 Gayan Chathuranga Rajapaksha is a young Independent film Maker who is Identical in finding his own spiritual space in the cinematic art. His enormous attachment in art has not only made him a lovable soul but an experimental, multidisciplinary talented artist. He has established his identity in direction, cinematography, editing, photography, Script Writing and Theater Lighting designing at only age of 29. Moreover he is a traditional dancer and an academician. He is a Performing Arts graduate and currently works at University of Visual and Performing Arts, Colombo as a Lecture. Apart from above he presently studies at Sri Lanka Digital Film Academy specializing Direction. As a student his directions in the following short films and documentaries are being highly appreciated and critically evaluated. Thief’s Library, Repentance, Impossible Plank, Cycle are land marks as well as drive through unique thematic areas as mentioned above. He has written and directed total of 7 works of his own including above. As a editor his engagement is prominent in the documentary of “Dust” by Nayani and short film ?Where ? Do ? You ? Go by Ishara which has nominated for several official selections worldwide and also has been awarded nationally, while he has edited 10 more creative works. Gayan’s involvement in cinematography is much more analytical and it also reveals his creative approach to art. He has contributed to around 20 short films/ documentaries/ music videos within past few years as cinematographer. He is currently researching on how dance compositions on stage could bring into film platform, and he wishes to start his masters in film studies.