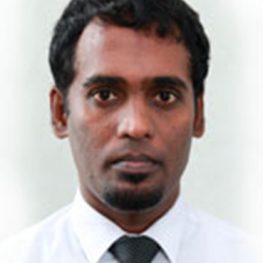 Anuja De Silva is a multimedia artist with a wealth of experiences in the media industry.He began his career equipped with a bachelor’s degree in film making specializing of special effects and art design at the Beijing Film Academy, China. He followed Diploma at the National Design Center and also trained for 1 year at the Hua long digital film corporation in China. He has gained experience by working in many roles in the industry with a wide range of creativity. Went on to work with many national and international award-winning creations by renowned directors. As a Director, Assistant Director, Art Director, Production Designer, 3D animator, and Special effects supervisor. He has many Commercials, short films, Teledramas, Documentaries, and TV Programs, Music videos, to his name which was acclaimed in the country.
He is currently serving as a Lecturer at the Department of Multimedia, University of Visual and Performing Arts.